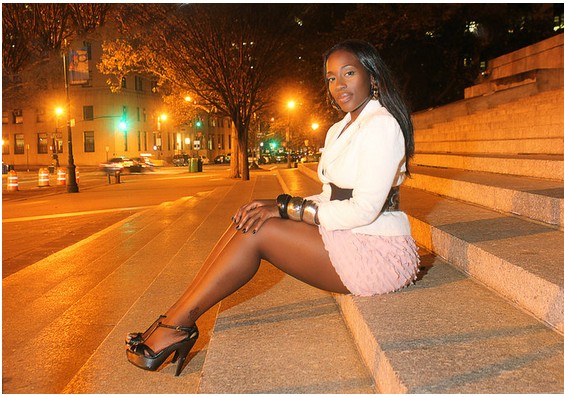 The female MC is a dying breed, but there are a few women making sure they don’t become extinct. Tylibah Iman is making sure you hear what she has to say loud and clear. The rapper/author/poet isn’t known by most of the world but she is known by those who matter. With co-signs from the likes of Raekwon to Maya Angelou, Tylibah is a women on the move. Bleu Magazine’s Ian Jarrell spoke with Tylibah Iman about what inspires her, her thoughts on Nicki Minaj, and the state of Hip-Hop.

Bleu: When did you fall in love with music?

Music has been an Intercal part of my existence for all my life. I’ve grown up around music being raised in the church and my mom being a professional gospel singer for many years. It just felt natural that my life would take this course so I would say since the age of maybe 9 or 10.

Bleu: Female MCs are a dying breed right now, how are you giving life to the game?

I feel that now more than ever female MC’s will begin to emerge as tremendous contributors to music as a whole. What I’m contributing is a fresh introspective yet vibrant appeal to the game which I feel people will like.

Bleu: What MCs do you admire?

So many namely Queen Latifah, Mc Lyte, Roxanne Shante, Lauren Hill, Salt and Pepa the 1st female MC’s to dance and rap on stage.. I can name so many but they all have touched me in different ways each of their styles are different yet they can all be respected.

Bleu: Where do you see your career in the next 3 years? 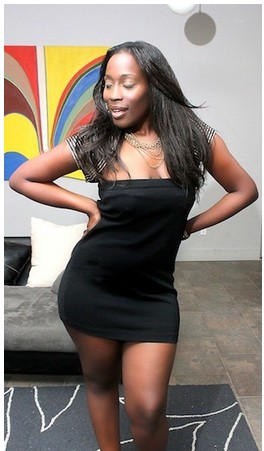 Bleu: You’ve shared the stage with some very strong women ,Maya Angelou, Cicely Tyson,  and Phylicia Rashad, how did that feel?

It was a humbling an exciting experience those woman are legends who have paved the way for so many woman in our culture. I sat next to Cicely Tyson before I performed and when I came to take my seat after my set she said “now I know who TYLIBAH is!” And it just made me feel like I was and am on the right track.

Bleu: Most female rappers are very sexual and provocative , why did you go the women empowerment route with your musical message?

I don’t think there’s anything wrong with sexuality I actually think its empowering when one can own and accept that as a part of their make up. However I do think it can cause damage to young girls who haven’t transcended to that level as of yet. So yes I do believe we in the spot light have a responsibility to do what we can to keep it sacred but I don’t think it should be hid or something to be ashamed of. I chose to empower because I’ve had some great woman as role models in my life who if it weren’t for them I may not be here talking to you.

Bleu: How has Brooklyn, NY influenced your music?

Brooklyn means so much to me. I grew up here. I live here now. I am a product of the streets of Brooklyn. An when the media talks about where I’m from its like there’s nothing good that come from it but I beg to differ. Brooklyn is a community that is so dynamic and filled with such raw talent and emotion. I love it!

I’m really not that exciting. Lol. A lot of my time is spent around my family and very close friends. I have a small inner circle of people who love and care about me. I’m like any other girl, I like fashion, hair, nails, shoes. So I would describe my swagg as just real.

Bleu: What is your views on Nicki Minaj? She is pretty much the only mainstream female MC

I respect Nikki. She was the first one to kinda come in the door swinging since Foxy Brown and Lil’ Kim. I think she’s done a hell of a job branding herself. And I like her music. She’s who she is and I wish her well.